Department of Pediatric and Neonatal Surgery – Viet Duc University Hospital was established by the end of 1957. If Viet Duc Hospital is considered as the cradle of surgery field, the Department of Pediatric and Neonatal Surgery is thought to be a cradle of pediatric surgerywhere many leading doctors specializing in the pediatric surgery who have been worked and developed their careers such as: Dr. Hoang Tich To, late Prof. Nguyen Van Duc, late Prof. Nguyen Xuan Thu, Prof. Ngo Dinh Mac, Prof. Thai Lan Thu, Dr. Pham Dinh Chau, and Prof – PhD. Tran Ngoc Bich, etc.

During the first years of establishment, in spite of there were a lot of difficulties and the shortages of necessities, the doctors has kept learning, improving surgical skilland scientific researchcontinuously. The Department not only excellently accomplished its duty which has contributed to the achievements of Viet Duc Hospital but also marked an important milestone in the development of Vietnamese pediatric surgery.

Training medical students, residents, post-graduate and foreign students consecutively according to the programs, schemes and projects of the Ministry of Public Health;

Introducing about the pediatric surgery in provinces in the North;

5.2 Previous board of manager

Infrastructure: From the beginning of 2015, the department has moved to the high-tech building equipped with modern outlook. Curing room met the quality standard which has equipped with oxygen systems and central compressing air.

Professional achievements: Performover 2000 operations each year, in which 58 procedures are performed on infants and major cases make up to 1000 operations. Prominently, we have used the 3-milimetre-endoscopic instruments to perform surgeries for many kinds of particular surgical diseases such as Hirschsprung, choledochal cyst, intestinal obstruction in infants, etc., at the same time cooperated with other faculties to treat successfully many difficult circumstances like patients with peripheral cancer or multiple injuries.

Education: training post-graduate doctors, residents, or the general practitioners of Hanoi Medical University and Hanoi National University, and advising many Masters of Pediatrics to help them complete their thesis of scientific research.

Researching: We have done many researches on the Ministerial and National level. Our target is applying new technologies and modern methods in surgery in order to provide the best results for all of our patients.

International relations: We have cooperated with Asia Pacific Pediatric Association, with the Strasbourg and Limose Hospital from France, and many other hospitals from the US or Australia, as well as helped to train Laotian medical students. There are approximately 20 - 30 foreign exchange students coming to our department for studying.

Being one of the largest pediatric surgery center in Hanoi and Vietnam, we are always aware of our responsibility of pediatric health care because children are indeed our future. Doctors and staffs of the Department, promise to keep on fighting together, complete ourselves together, and improve the quality of treatments to become one of the most reliable destinations for all the people and our colleagues. 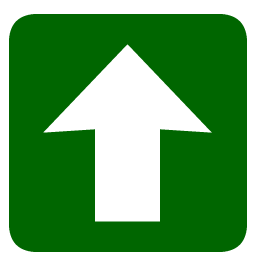